At the centre of Gerhard Werle’s research interests are crimes that occur on a large scale and in a systematic manner (“Systemunrecht”): For his qualification as a university lecturer, he thoroughly worked on criminal justice and the police in the Third Reich (Justiz-Strafrecht und polizeiliche Verbrechensbekämpfung im Dritten Reich, De Gruyter, 1989). He is the author of the first textbook on international criminal law in German (Völkerstrafrecht, 2003, 2007, 2012, 2016, 5th edition 2020), which has been published in English (2005, 2009, 2014 and 2020), Spanish (2005, 2011 and 2017), Italian (2009), Chinese (2009 and 2017), and Russian (2011). Gerhard Werle has published extensively on the prosecution of Nazi atrocities as well on Transitional Criminal Justice after German unification. His research also includes the South African transitional process.
Gerhard Werle is Director of the “African-German Research Network for Transnational Criminal Justice”, funded by the German Academic Exchange Service (Deutscher Akademischer Austausch Dienst, DAAD). From 2008 until 2018, he was Director of the South African- German Centre for Transnational Criminal Justice, a cooperation with the University of the Western Cape (Cape Town/South Africa) funded by the German Academic Exchange Service. He was in charge of the LLM programme “Transnational Criminal Justice and Crime Prevention – An International and African Perspective”.
Gerhard Werle is an Honorary Professor at North-West University of Political Science and Law (Xi’an, China). He was an Extraordinary Professor at the University of the Western Cape (Cape Town, South Africa) from 2005 until 2018. He has been visiting professor at various universities worldwide, including University of Cape Town, Kansai University (Osaka, Japan), University of Sydney, University of Technology (Sydney, Australia), and Columbia Law School (New York, USA). Between 2008 and 2019, Gerhard Werle was Dean for International Affairs at the Law Faculty of Humboldt-Universität zu Berlin.
Gerhard Werle’s research focuses on German and international criminal law and contemporary legal history.
Amongst his main research areas are:
A list of publications can be found here.
NB. Due to the high number of doctoral students at the Chair, new candidates can only be admitted in exceptional cases upon submission of an elaborate proposal and proof of an excellent qualification.
Last update of this page: 03.11.2020 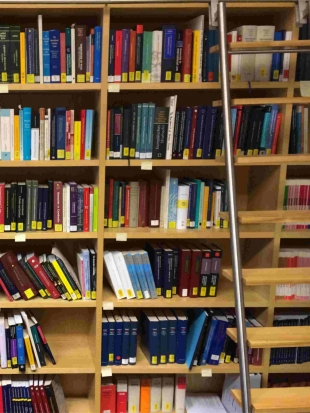